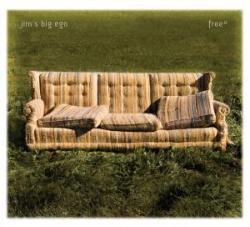 Thureophoroi are usually distinguished from both skirmishers and the phalanx and seem to have operated in a role intermediate between the two types. They often supported light troops and seemed to be capable of operating in a similar manner to peltasts. In the army of Philip V of Macedon they were used to lead the column of march in rough country.

In the 4th century BCE, the main type of mercenary infantry was the peltast to the extent that this became a synonym for mercenaries in general. A few illustrations of the early 3rd BC still show a small round peltai shield in use but by the mid 3rd century BCE it has been replaced by the thureos. Also later in the century some Greek citizen infantry adopted the thureos though Boeotians continued to wear their own helmet types. Plutarch describes Achaian citizens equipped with the thureos as skirmishing at a distance like peltasts but also as having spears. A related troop type was the thorakites. Mercenary Thureophoroi were not only Greek but could be from other areas such as Anatolia.

Thureophoroi are frequently illustrated in grave paintings from Alexandria and Sidon. They can also be seen in terracottas from Seleucia on the Tigris.
«1234567